Celebrating this gorgeous weather in the best way I know how: with a pile of mangoes, strawberries and cherries. # 75 Summer Mango Tart

First off, have any of you ever tried to slice a ripe mango into pretty slices? If so, what is your secret? It was like a slippery football that refused to be tamed. Now I know why people go out of their way to buy canned mango puree. Going off that tip from Zoe Bakes‘s post, I tracked down a small Indian grocery store near my work and bought two massive cans of Kesar mango puree.

Not only is the canned puree 10x easier to work with, but it might have the edge over the mangoes in the stores in California in terms of flavor. The ones in my local markets are usually from Mexico or Haiti, but the Kesar (or Gir Kesar) mangoes are exclusively from India, and apparently are naturally sweeter and have a deeper flavor. Due to my limited amount of experience with eating mangoes, I’ll just have to take the online community’s word for it. 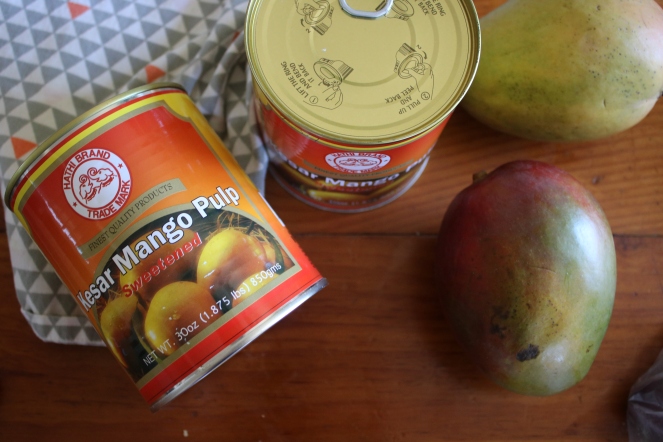 I had some extra puree left over and used it to make fresh mango margaritas – perfect after a long afternoon of baking in a hot kitchen! 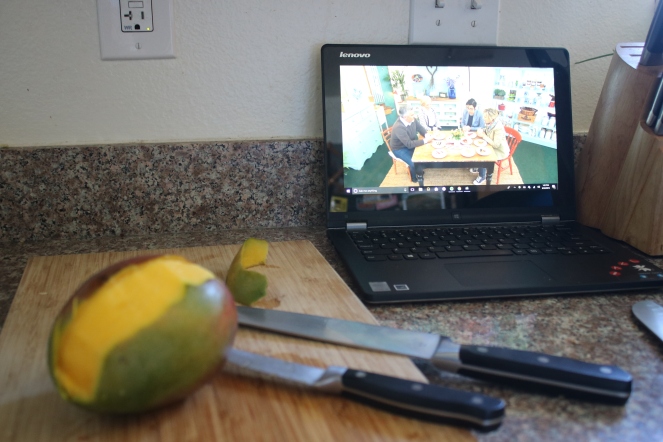 Now I know that the Great British Baking Show season that is currently on PBS is actually a repeat of the season from 2012 in Britain, but I’ll take what I can get. The soothing British accents and side remarks from Sue and Mel kept me from abandoning the Fruit Who Shall Not Be Sliced. And I can’t remember who won this season, so no spoilers!

I was making this tart, among others, for a birthday dinner and challenged myself to make all of them gluten free so everyone could try a bit of everything. There’s nothing worse than having to write up little signs and making gluten-intolerant friends tread carefully. Plus, I love the taste of almond flour in my bakes so I thought, why not?

It started off nearly exactly the same as another crust I’ve ever made. Easily molded into the tin with plastic wrap to keep it from sticking to my hands and requiring a bit of freezing before hitting the sauna. 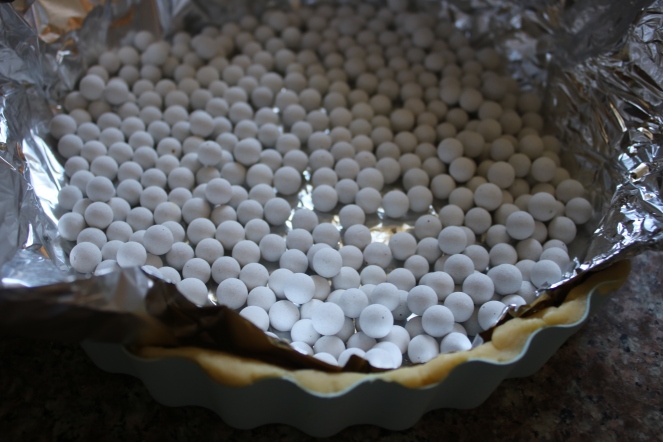 A little foil, some pie weights and you’re off to the races. Or so I thought. 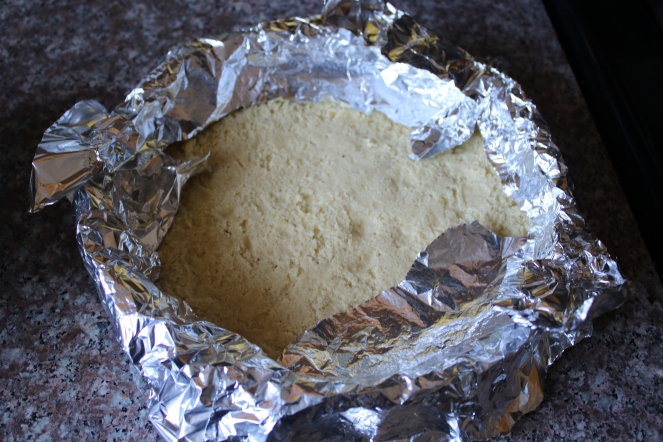 The edges browned super quickly while the base was still barely baked. I had to make a little tinfoil hat for the crust so it wouldn’t be half burned, half raw. Sigh. No crying over difficult crust. On to the mango curd!

This was a new experience for me as well. Fruit curds are not a super common pantry item in the US. Lemon curd is probably the most well known here, and conjures images of British high tea and dainty scones. Reading through the recipe, it honestly seemed like a custard. Heating egg yolks with a liquid and an acid to create a smooth, creamy substance. The main difference of course is the presence of dairy. Fruit curd doesn’t typically have dairy in it, while custard is cream-based. This mango curd has a small amount of butter added at the end for extra creaminess, but I’m sure it can be omitted if you’re trying to completely avoid all lactose. 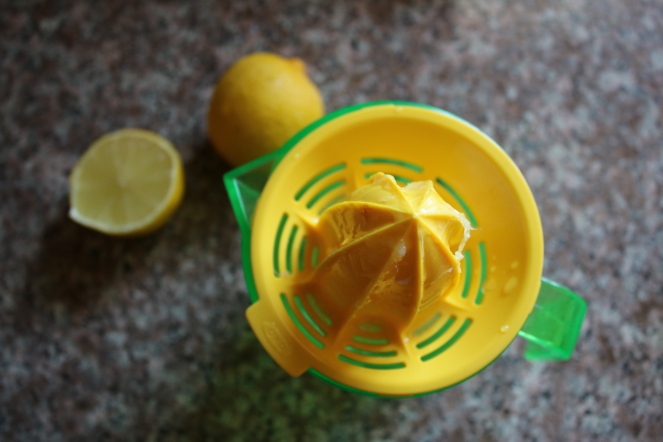 These are limes! I know, I know, they’re yellow. Looks can be deceiving. When you use citrus from your family’s backyard, you get used to quirky fruit. The lemon and lime trees have cross-pollinated in my parents’ backyard, as well as most of their neighbors’ yards as well. I just have to be careful not to assume that it’s a lemon if it’s yellow.

Ready for bake #2 to set the curd. Back on with the tinfoil hat.

Voila! The best part of this tart is the fact that entire top is decorated so any imperfections (like this oven-mitt-shaped dent) get covered up and forgotten.

A little fresh strawberries and cherries, a little whipped cream and those hard won slices of mango. 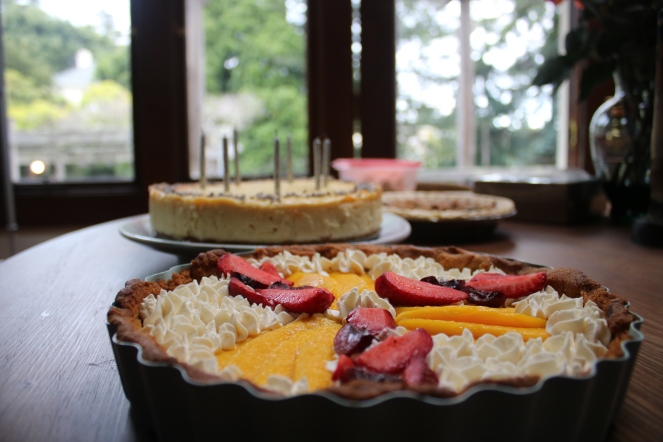 Waiting for it’s moment to shine next to the lavender white chocolate birthday cheesecake! 10 out of 10, would make both again.